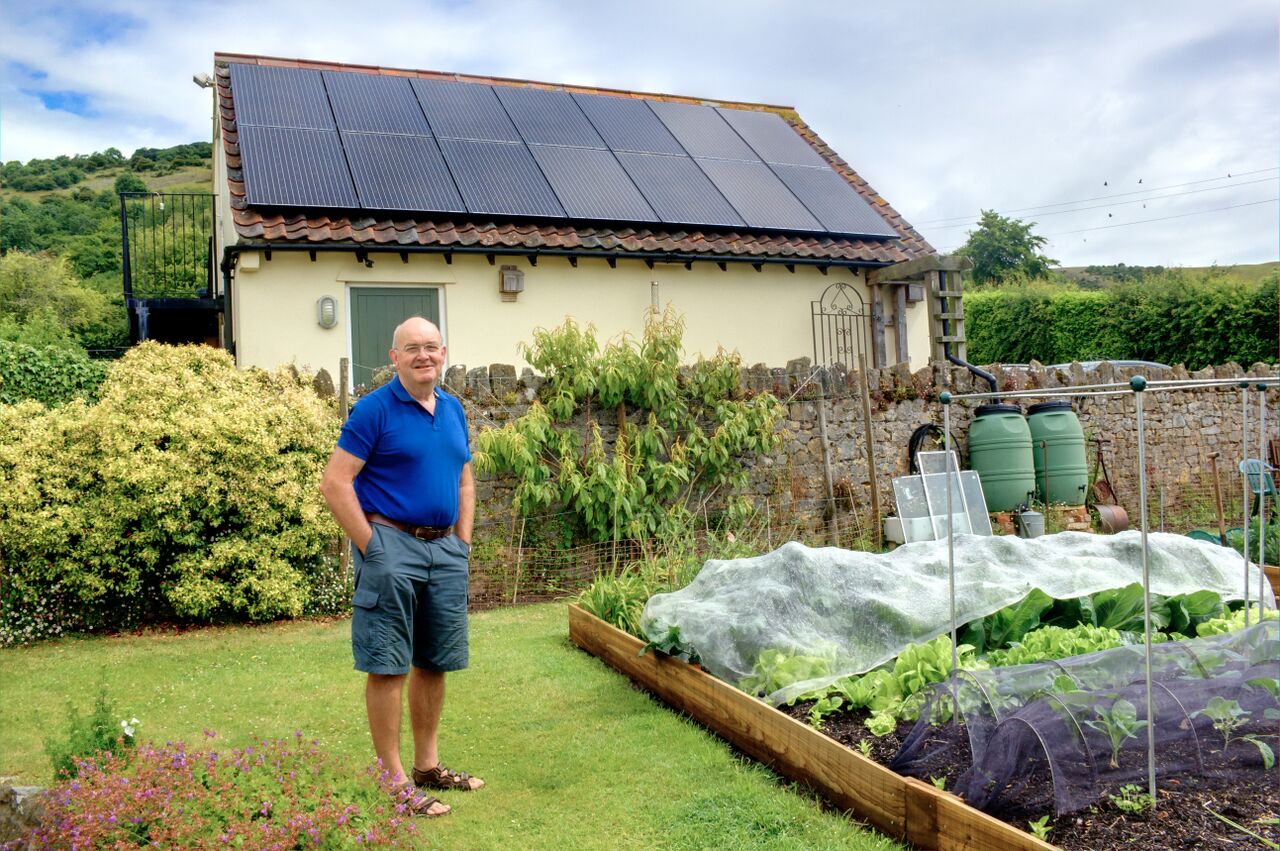 The Next Step in Self-Sufficiency

I love the idea that my shower is sun powered!

Forever Green’s was the only company who sold the system on the science first. And what’s more, the quote was one of the most competitive.

If you grow your own veggies, installing solar panels is the logical next step in self-sufficiency.

Retired GP Mike and his wife have always been interested in self-sufficiency. They grow lots of their own vegetables and used to keep chickens and sheep. For Mike, the logical next step in their love of “doing things for themselves”, as he describes it, was to install solar panels.

And not only would it help them be more self-sufficient, it would also help protect them from rising energy prices. “We’d done all the things like installing LED lights,” he says, “But eventually we started to think, ‘How much would it cost to install solar panels and what level of electricity could we generate?’”

But for Mike, the decision wasn’t quite as straightforward as it would be for many of us. That’s because he and his wife live in a Grade II listed building in an Area of Outstanding Natural Beauty.

Mike knew that attaching panels to his house’s roof was likely to be problematic, but hoped it would be possible to install them on his garage, which was new and not part of the house’s listed status. He contacted his local planning department for advice.

The advisor who visited Mike agreed that planning permission would not be needed to install panels on the garage, but recommended gaining planning approval so the paperwork would be in place if there were any queries in future.

Mike did his research and got seven quotes from local companies. The decision to choose Cheltenham-based Forever Green Energy was straightforward. “Of all the different reps I met, Forever Green’s was the only one who sold the system on the science first. And what’s more, the quote was one of the most competitive.”

Mike was equally pleased with the installation process. “The team of guys who came to do it really knew what they were doing and were happy to explain it all. It was a very interesting process.”

A year on, the solar panels have a big difference to the household’s heating bills. “We have quite an elderly heating system that’s oil-fired and has two immersion heaters for the hot water.

We only use the oil-fired bit in the winter now when we need the heating on. All the hot water we need for our bathrooms on a day-to-day basis is solar-heated. I love the idea that my showers are sun powered!

Sometimes when the sun isn’t shining the water is cooler than it might be, but our system includes a diverter that controls the amount of electricity that goes back into the grid. It automatically switches when more energy is needed to bring the temperature of the water back up.”

As well as supplying the house’s bathrooms with hot water, the solar panels are also feeding electricity back into the grid.

Mike says, “I’ve just completed our third quarterly return and am waiting to hear what the Feed-In Tariffs scheme payment will be, but I’m expecting that in total we will get back over £700 a year.” Which means that not only are Mike’s solar panels helping him to live more sustainably, they’re helping him to save money too. 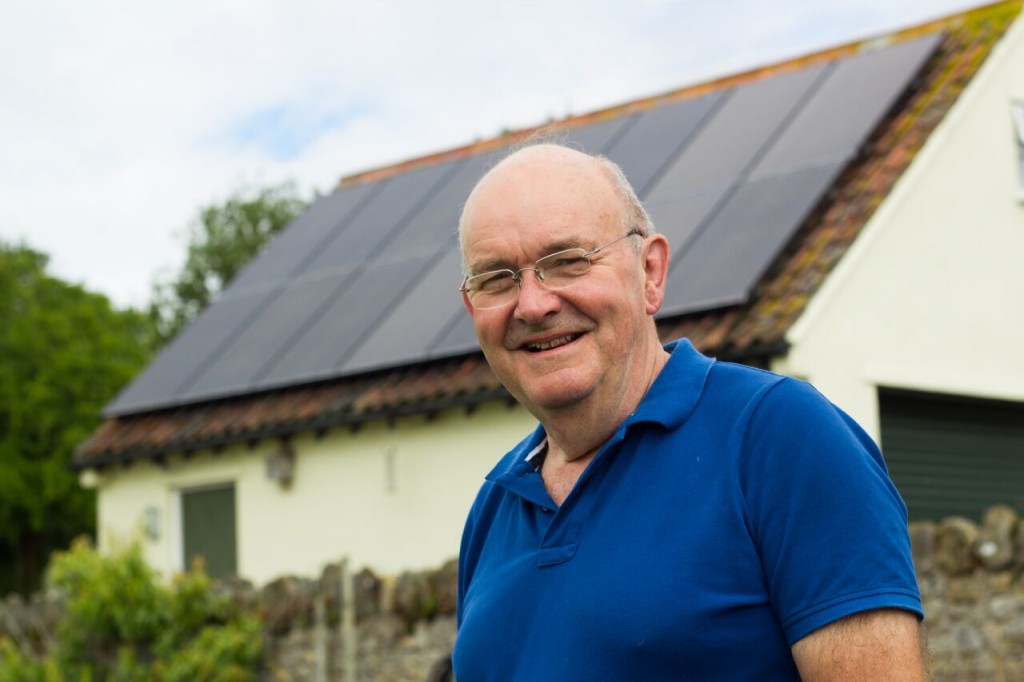 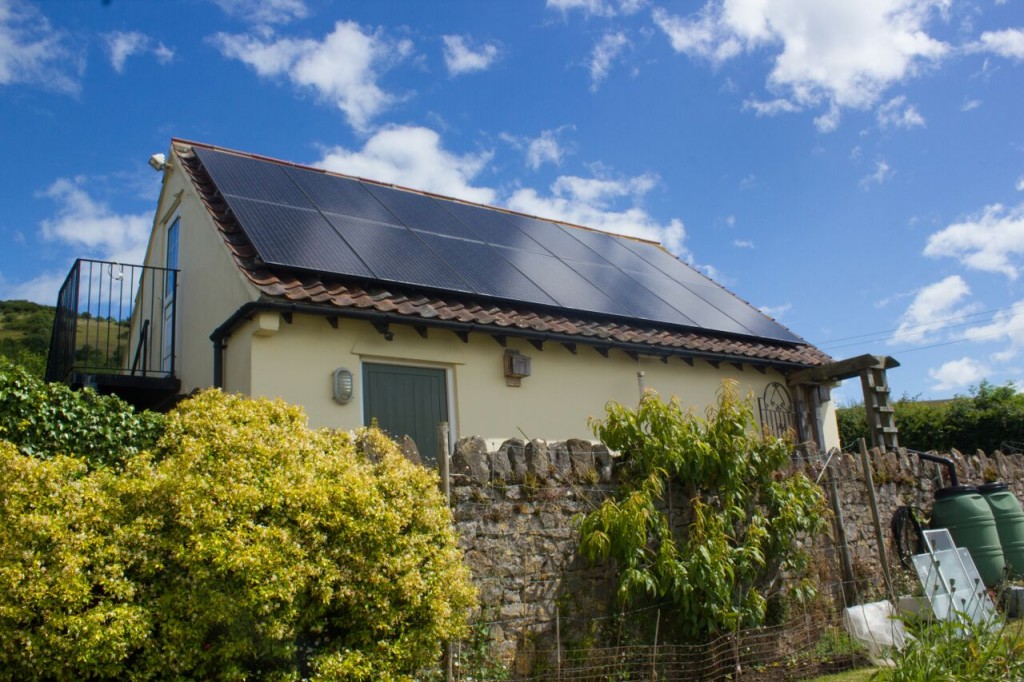 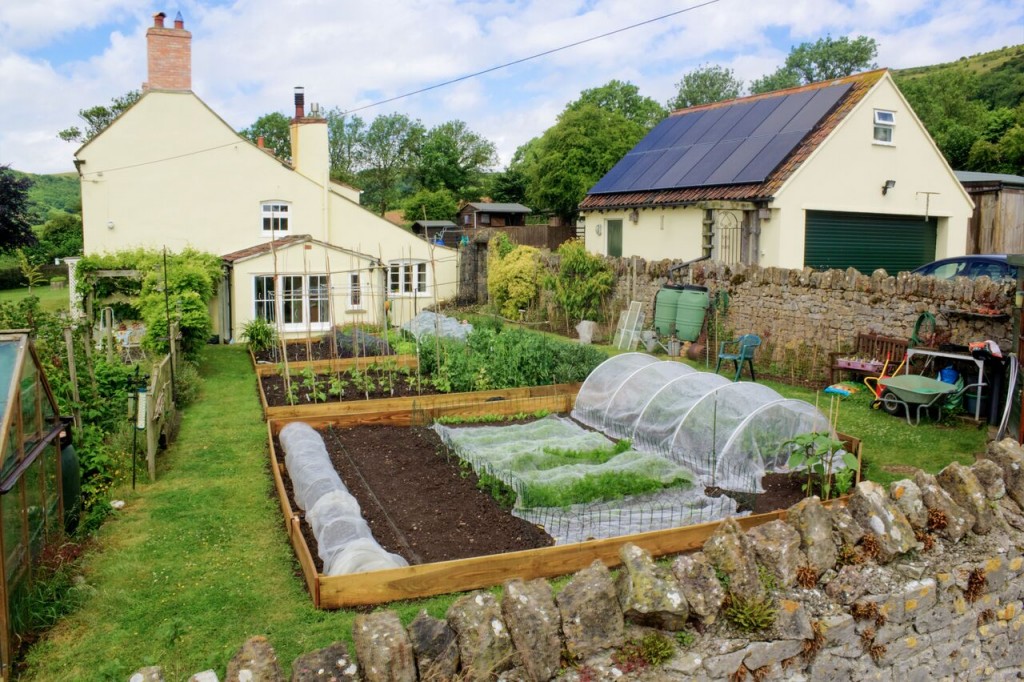