Car tax is an unavoidable and essential part of life for anybody who owns a vehicle in the UK. Now that electric cars are commercially available and growing in popularity all the time, many people are benefiting from their reduced fuel costs and reliability. But are electric vehicles tax exempt cars?
Unlike petrol and diesel engines that produce harmful emissions that have been proven to cause significant environmental damage, electric engines are clean, safe and efficient. Whether you are interested in making a switch from using vehicles that run on standard fuel or whether you have just bought your first electric car, this guide explains what you need to know about running an electric car in the UK.

Are electric car users exempt from paying tax? In simple terms, the answer is yes, however there are some regulations that must be satisfied for a vehicle to qualify. According to the UK government’s website, cars must be powered by an external source or a storage battery, neither of which can be connected while the vehicle is in use. This is essentially how the vast majority of electric cars work, so as long as your vehicle meets these requirements, you will not need to make any payments to the tax office at all.

Cars that use both electricity and standard fuels are slightly different. Thankfully, there are a number of websites that allow you to calculate the exact amount of tax you will need to pay based on the make and model of your electric or hybrid car. This makes it much easier to work out how much you have saved when compared to a standard, petrol car user.

How is tax calculated?

For cars registered on or after the 1 April 2017, the amount of tax a user must pay will depend on the vehicle’s emission rating. Zero emission cars will pay £0, whereas cars with CO2 emissions of 256g/km and over will be expected to pay £2135 for the first year. After the first year, any cars that produce at least 1g/km of CO2 will have to pay £145 per year – but if your car is fully electric, you’ll pay nothing.

When electric cars are used, they produce literally no carbon dioxide gas, unlike standard petrol or diesel vehicles. Powered by batteries that can be recharged at a growing number of roadside charging points, electric cars are now at a point where their performance and reliability can rival that of many older petrol models. Unlike the internal combustion engine, which always produces at least some harmful emissions, electric engines are quiet, often silent and do not require any additional power from traditional fuels.

How much does car tax usually cost?

If you were to ask this question of most road users in the UK, the chances are their answers would be similar: too much. Car tax for most vehicles can be expensive and many petrol and diesel drivers find that they are paying a substantial amount of money each year, just to keep their car on the road.
The following table will give you a breakdown of exactly how much car tax costs in 2019 and 2020. As you can see, it certainly isn’t cheap and those using electric vehicles, since they are tax exempt cars, will definitely notice the savings they will make after making the switch.

Even though electric cars don’t produce any emissions, meaning you will not be charged a fee, all UK electric vehicle owners are still required to go through the same process of applying for car tax via the gov.uk website. This is totally free and only takes a few minutes. Though you will not be expected to make any payments, you must still tax your electric vehicle online. It is illegal to drive an untaxed vehicle, so avoid any potential problems by taking care of this as soon as you can.

How to run your electric car for free

It’s easy to think that you’re doing your bit for the environment just by buying an electric or hybrid car. But if you’re still powering it using grid electricity or at charge points around the UK, you’re probably still using fossil fuels – and paying for it too. Here’s a run-down of how you can reduce your carbon footprint and save money by using renewable energy to power your tax exempt cars.

Install your own EV charger 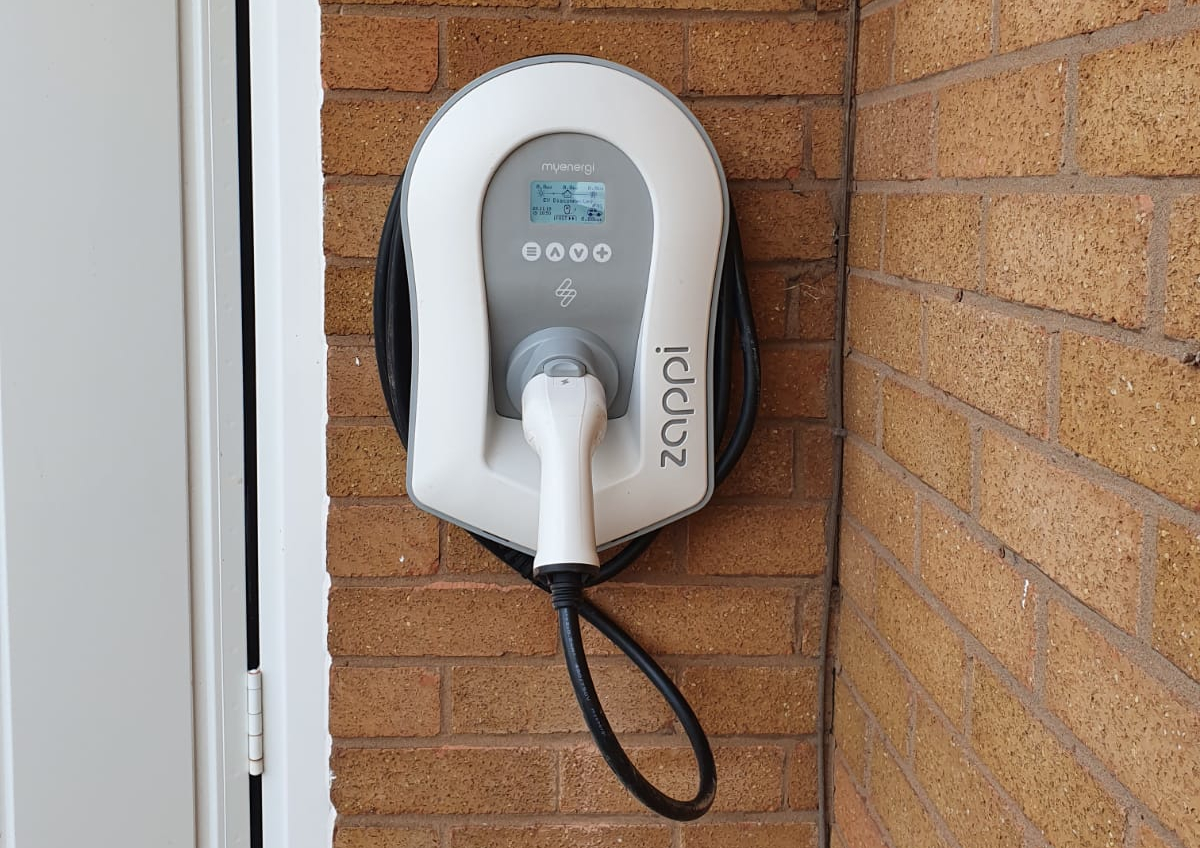 It’s vital that you install your own EV charger at home if you’re going to buy an electric vehicle. There still aren’t enough EV charging points around towns and cities, meaning that if you don’t have a charging point for your electric car at home you could be left in a difficult situation.
We install zappi EV chargers because we think they’re the best on the market. It’s a smart EV charger that will charge using solar panels (if you have them) during the day and charge at the most economical times at night if you have cheaper night time rates from your energy supplier – and you can control it all through an app. Plus, you can get a grant from the government through the Electric Vehicle Homecharge Scheme (EVHS) and get 75% off installation costs.

Providing that your car meets all the government regulations and doesn’t produce any carbon emissions, your electric vehicle is a tax exempt car. You will also make considerable savings if you power your electric car using a home EV charger powered by night rate electricity or even better, solar panels. Though there are many reasons to buy an electric car, the amount you save on tax alone is certainly one worth considering.
This article was originally published in July 2018 and has been updated to add more information and reflect 2020 costs.