Whether you’re planning for a small-scale or large-scale renewable energy system, which is going to be more effective, solar or wind energy?
First of all, it’s important you know what your existing electricity use looks like, so you can figure out what the right measures could be taken to reduce it.
Then you need consider the options. Renewable systems like solar and wind energy systems can be used to supply some or all of your electricity needs.
But depending or the application of the system there can be some drawbacks.
This article will help explain the 2 types of system and in what capacity they’re most effective. 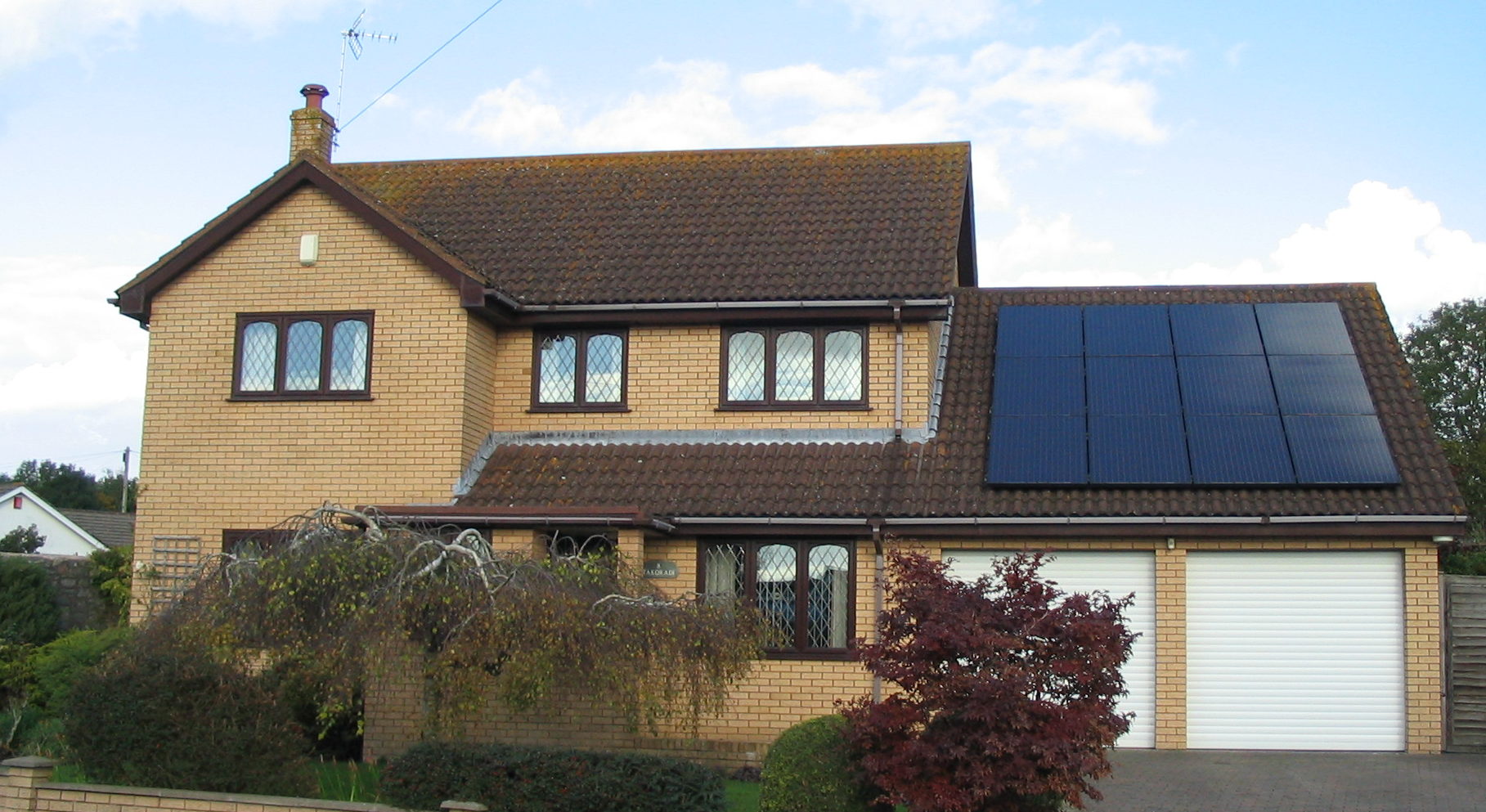 To produce solar, the sun’s energy is captured and turned into electricity, which can be used for both business or for home use.
If you don’t know how a solar panel works, in a nutshell it functions through allowing light particles to come into contact with electrons from atoms, thus producing a power flow.
If you want a more detailed explanation of how solar panels work, please read our article ‘PV Panels – How Do They Work?’
Solar panels can be easily installed on almost any roof, or even on the ground and will produce enough power to meet the majority of your electricity needs on both a commercial and domestic scale.
The most substantial advantage of solar energy is that it can considerably lower your home’s energy bill. With the long term benefit of financial freedom from the energy companies’ continuously rising electric rates.
There is a drawback to solar though, and that is that solar is not constant. There must be sunlight to produce solar electricity.
So you have to either store your energy with a battery storage system, or rely on the grid at night.
For most standard UK homes, solar power would be the best choice for several reasons. First of all it’s cheaper than wind turbines to set up.
The installation process is quicker and easier and solar has the ability to expand with your property.

The most common wind electricity-generating technique is the use of wind turbines. Wind turns large turbine blades; this spins a generator shaft and therefore produces electricity.
Wind-powered energy generation is not as common as solar in built-up areas because of the restricting wind factors.
However, a turbine set-up could be more useful than solar if your property is in an open secluded location with plenty of land. Ideally on the coast.
Wind turbines can be extremely effective in major applications, for instance, business-scale power creation for the national grid.
Large scale wind energy systems at sea or on land can a more reliable and effective option.
The main benefit of wind generated energy is that unlike solar it can generate electricity 24 hours a day, as long as the is wind blowing.
Also, in the right conditions wind turbines tend to work at higher capacity, producing more power than an equivalent solar panel array.
But going back to the fact that you’ll need a fair bit of land, ideally on the coast, those ‘right conditions’ are not available to everyone.
There are a few more drawbacks to wind energy when it comes to domestic application. First of all the size off your turbine will effect it’s efficiency.
Small turbines don’t cope with changes of wind direction very well, leaving it constantly chasing the wind instead of utilising it’s power.
Secondly, unlike a residential solar panels which are silent and easily forgotten once installed, you’ll hear your wind generator as it spins.
Thirdly your wind turbine will need to be installed high above your home so it can harvest the wind correctly. This might mean additional struts and supports, extra costs and potential structural changes.
And finally, wind turbines are a more expensive alternative to a solar panel installation.

When it comes to sustainability and taking a more environmentally friendly step towards creating renewable energy, both solar and wind systems are extremely effective.
Due to the sheer size wind turbines need to be to be effective, they work best on a large scale capacity where there’s plenty of open space.
Making solar the more attractive option for most people, on both a commercial and domestic level.
Installing solar panels to your house is cheap and easy to do and doesn’t require any extra space other than your roof. The same goes for office buildings, industrial units and any kind of property for that matter with a roof space.
If you want maximum echo and energy saving points, why not install both?